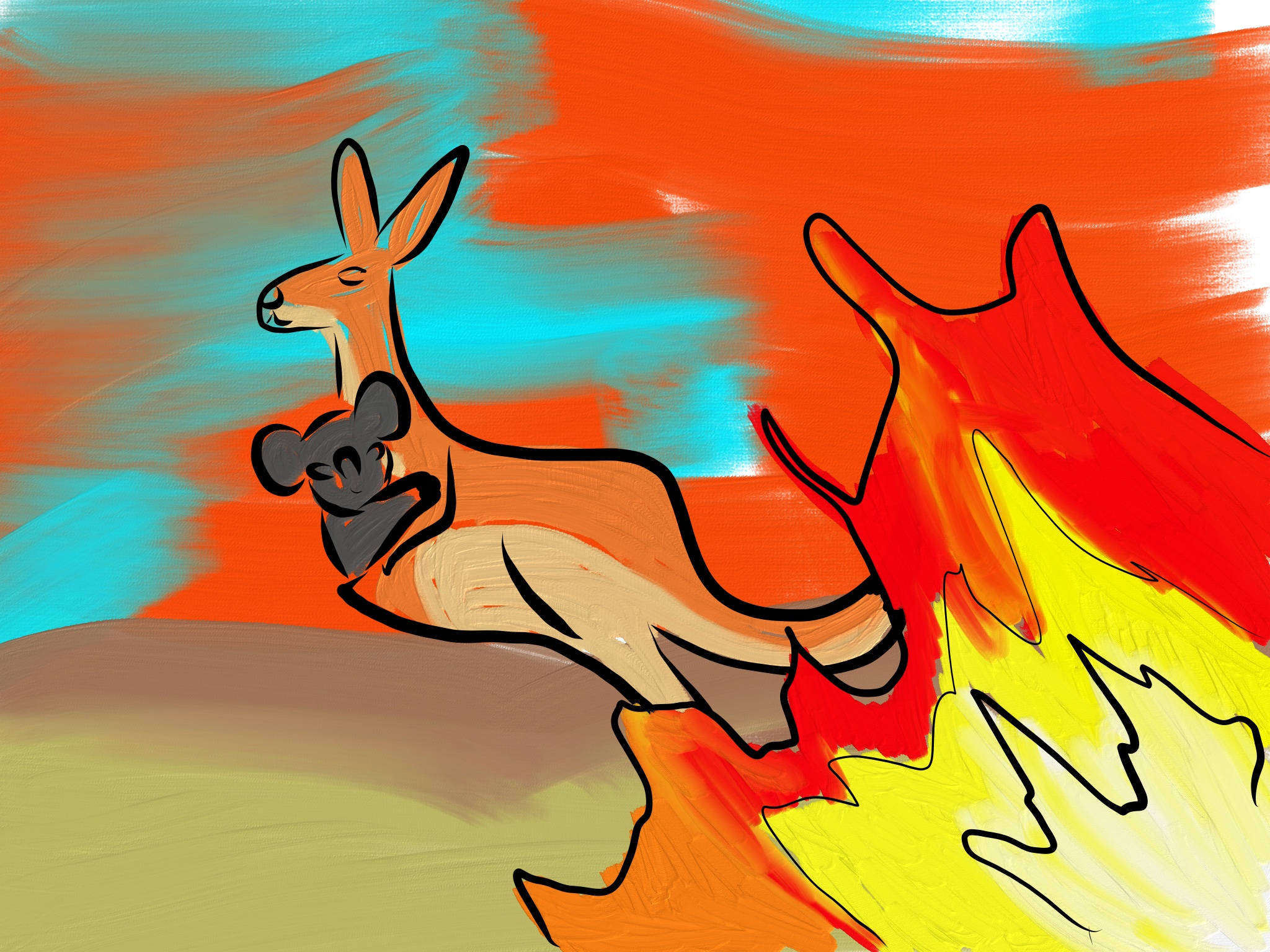 The world is raising millions of dollars to Australian ongoing fires relief efforts, but all could be worthless if politics doesn’t change

The ongoing months-lasting fires in Australia have reached the front pages of virtually every newspaper in the world. Terrible scenes of burnt marsupials and darkened red skies have made us wonder how can we possibly help such a distant place that faces such an incommensurate threat. And while some people attribute the recent sparse rains to the hashtag #PrayForAustralia, others argue for more tangible ways of helping by donating money. Truth be told, in moments of crisis, honest solidarity arises in the forms that we are more familiar with.

Although nothing can undo the ecosystem and health damages that Australian population have suffered from the fires, if the causes are understood, future larger impacts can be avoided. Such immense fires are a result of very high temperatures combined with unprecedented dry conditions along the country, which has a direct link to human-caused climate change. In addition to this, the burnt organic matter has already released to the atmosphere a significant amount of heat-trapping gases equivalent to half Australia’s own yearly carbon footprint, which will further exacerbate climate change.

This does not take by surprise either climate scientists or any informed Australian politician. In 2007, an independent study was commissioned to research the impacts of climate change on the Australian economy, in which bushfires section famously stated that “Fire seasons will start earlier, end later and be more intense. This effect increases over time but should be directly observable by 2020.” However, in the words of Dr. Garnaut, economist and author of the report, he “was ineffective in persuading Australians that it was in our national interest to play a positive role in a global effort to mitigate the effects of climate change«.

Rather than a lack of persuasion, political inaction from Australia’s government might respond to the economic interests of coal industries that have large influence on the conservative party currently in power. Australia is number three largest fossil fuel exporter after Russia and Saudi Arabia. No wonder why the Prime Minister initially denied climate change links with the fires and has systematically blocked progress on international climate change negotiators. While he emphasizes the importance of the coal industry in providing jobs, his government lacks the interest of creating an integrated political agenda to shift out from fossil fuels.

It is therefore not a matter of scientific ignorance or budget constraints. Australian ongoing devastating fires are the ultimate example of how political unwillingness can create a perfect storm for disaster and a bottleneck for action. While prayers and donations are kind gestures of good intentions for temporarily relief, it is political action what is urgently needed to avoid increasingly potential climate threats for humanity.